UPDATE: Due to C&R/ PWR price increases and longer than normal wait times for production of cores... I have been forced to look for OPTIONS to stay competitive as well as be more flexible with delivery times. As a result, I have found a company that produces a similar quality product with reduced wait times. I will no longer be stocking the C&R/ PWR cores, so please allow a minimum of 3 months for the core to be made + 1 week for me to schedule the job once it has arrived. The in-house cores will be stocked and the ETA will reflect workload at the time the order is paid for.

Let’s get into the details!

TracTuff application specific racing radiators are excellent general-purpose radiators, capable of cooling the most demanding of applications. The radiators are made to order, so you can choose from standard 1.25" hose, -16 male flare, or -16 Wiggins connections as well as a host of other options. Cores can be turned into single pass, double pass, and triple pass radiators but I assume double pass unless otherwise requested. I can proved radiators with or without fan mounting as well as chassis mounting provisions.

The C&R/ PWR core will remain the "PREMIUM" choice but the "IN-HOUSE" core is expected to be 90% as efficient. Both utilize a 42mm rolled tube but only the C&R/ PWR tube is dimpled. The single 42mm tube is the full thickness of the core, unlike the multi-row cores that use numbers to deceive you or have you believe more is better, when in reality... having two or three rows in the same 42mm core means they are LESS EFFICIENT due to the dead space between each or the rows. I've personally cut up a popular brands radiator only to see that tubes that carry the water have a 4mm gap between the two rows; that's 4mm over 24" length x 43 tubes (on the EK/ DC2 core) not carrying water, not coming in contact with fins, and not dissipating heat.

Applications that have front core support braces/ hood latch assemblies must be cut out in order to fully tuck the radiator under the upper core support. All radiators are meant to maximize the available space for the best combination of static air flow while the vehicle is in motion as well as highest flow possible when the fan is on. Some traction bars screw with the mounting... and I cannot accommodate for the various design differences without having your traction bar present. You can either ship the traction bar or I can leaving the lower mounting to you. 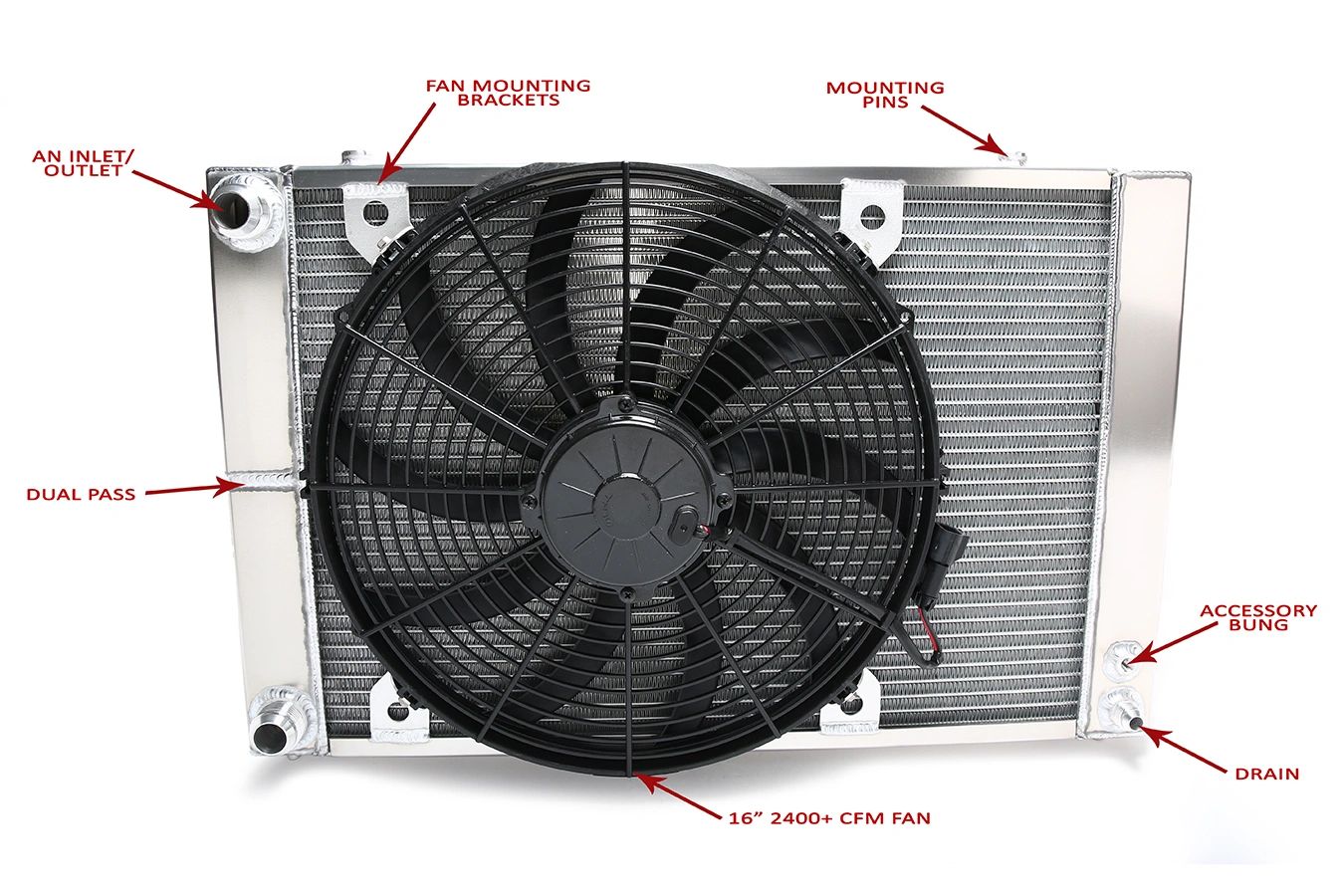 DC2 Fitment Example - Note: The top of radiator can tucked under the upper core support but core support and latch assembly must be removed and radiator tilted forward 6°. OEM mounts are used to get this fitment. 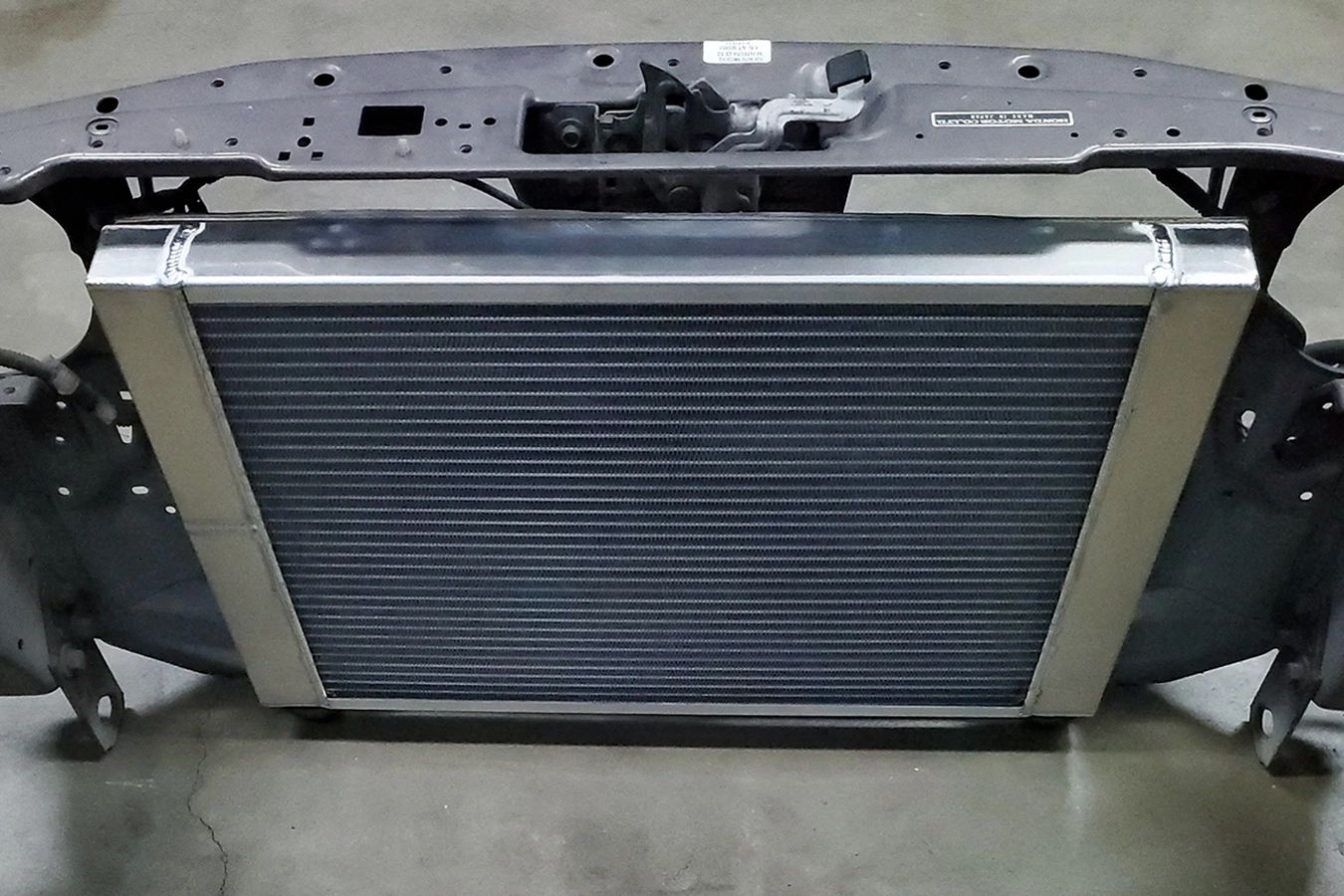 EK Fitment Example - NOTE: The top of radiator can tucked under the upper core support but core support and latch assembly must be removed and radiator tilted forward 6°. ASR brackets must be used in order to get this fitment. 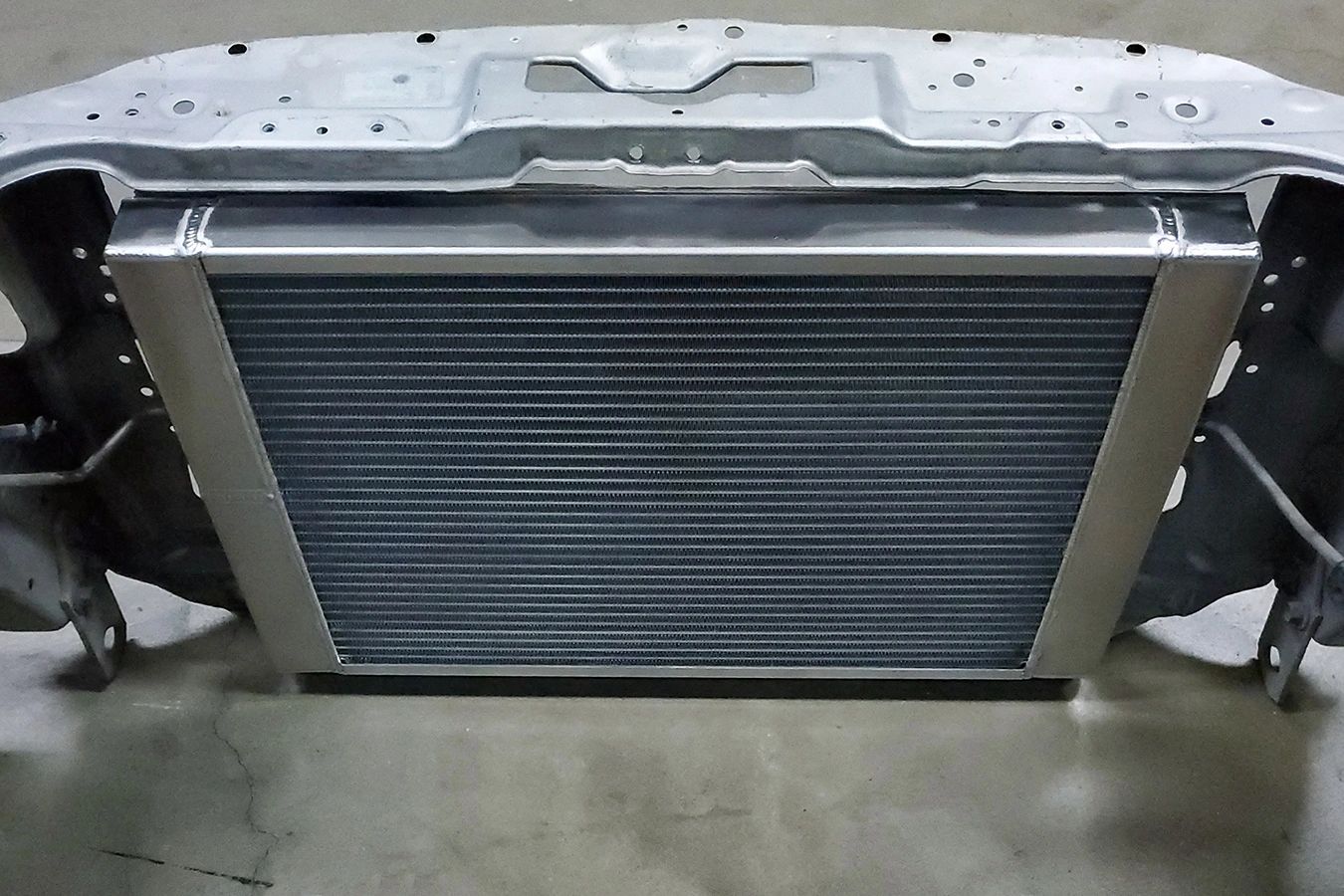 SINGLE PASS RADIATORS With a single pass core, coolant enters into either tank, makes one pass through the core, then exits through the other tank.

DOUBLE PASS RADIATORS With a double pass radiator, the inlet and outlet are located on the same tank. There is an internal baffle that separates the tank in half. Hot coolant enters the inlet and is routed across half of the core and then back across the other half of the core before exiting the outlet. Double passing is also used for efficient packaging and plumbing of the cooling system.

OPEN SYSTEM An “open” system means the radiator has a radiator filler neck and cap built into it.

CLOSED SYSTEM A “closed” system means the radiator does not have a fill neck and cap on it and likely uses a remote surge tank for filling. “Closed” systems are typically used when the radiator is not the highest point in the coolant system.

CROSS or HORIZONTAL FLOW Coolant enters a cross flow radiator on the side tank and then flows across to the other tank.

DOWN or VERTICAL FLOW A down flow radiator has upper and lower tank. The coolant flows into the upper tank and down to the lower tank.